JavaScript (JS) has been continuously evolving the web and mobile apps industry. From all JS frameworks, react native development services have gained extreme popularity and being used by people across the globe. From start-up to Fortune 500 companies, react native is a preferred framework for mobile app development. It plays a vital role in development of some popular apps that are very well known to you, I believe!

We have enlisted some of the most popular apps built using react native, which are used on every day basis or seen in app stores too. Let’s have a look on them.

Facebook, as we all know is one of the biggest social media platform in real, Right? Interestingly Facebook has developed react-native for supporting cross platform development (i.e. iOS & Android operating system). Like said before, it’s a social networking platform helping to connect with friends and family virtually. But you know that, it’s built using react-native. However the mobile facebook app is not made with react-native only. They have developed their own Ads Manager App, for iOS and Android.

The platform owned by FaceBook is another renowned social media platform for people to share images and videos in several categories. It’s been developed using react-native in the app from the beginning to port the push notifications view. Later on, team got focused on delivering the app much faster than it was.

The app is meant for online food ordering and delivery. It was developed by Uber, enabling users to order online and have it delivered. But React native only covers a smaller part of the app and provides a better experience to users in terms of UI & UX.

This is one of the biggest telecommunications platforms owned by Microsoft. It was developed on C#- Xamarin based framework, but they have used React native for building the video chat app.

The American multinational is a retail corporation operating a number of grocery stores, supermarkets, and discount department stores all across the world. Their app have been developed using react native for giving their users an excellent performance and extremely smooth animations for improving customer experience.

This is an adventure app bringing the nature close through VR or 360 videos. The UI of app is built using React Native and provides a seamless VR experience to the users.

Another e-commerce app enabling customers to order online from their preferred local restaurants, grocery stores, wine and spirits shops, and laundry and dry-cleaning providers. It’s been developed using react-native to interlink a plugin with native module to connect the map up with device’s functions like rotate, zoom, and the compass while utilizing less memory and loading faster.

Moving across the highways and traffic of Dubai will get much easier with a car that suits your needs and feels like your own. Instead of using the tram, bus,

What Is The Best Approach To Mobile App Development?

Being a project owner, it is crucial to get answers to some questions before you begin with the design and development of your app. We're here to answer the most

Pro Web, one of the leading digital marketing companies in Dubai, announced today that it is listed among the top digital agencies on DesignRush. DesignRush is a huge platform for 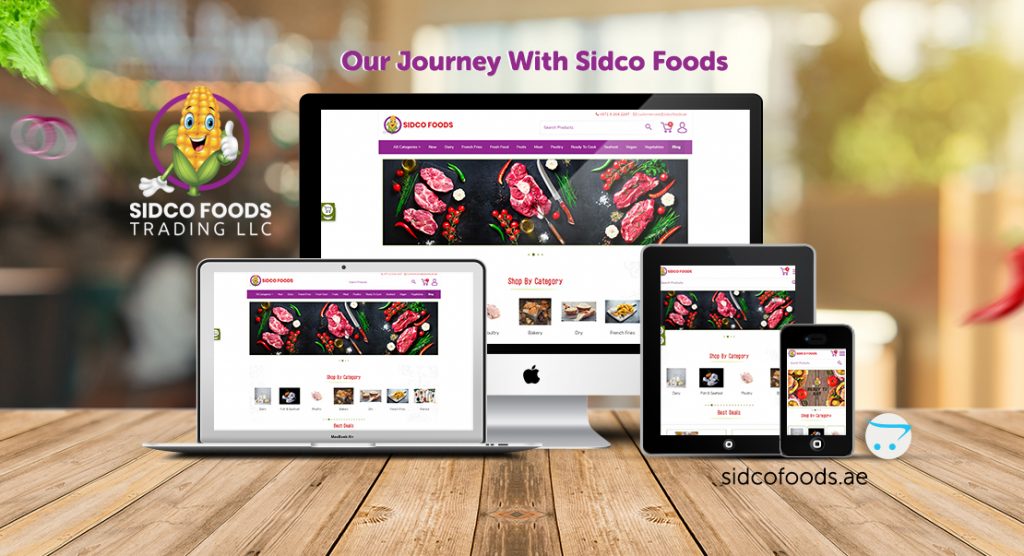 From Conceptualization To Implementation – Our Journey With Sidco Foods

The global economy and the entrepreneurs’ perception of business are progressing as quickly as the technologies around us. Ecommerce, therefore, holds an important place for all businesses in this phase

We live in a time where the success of a business is determined by its online presence along with quality services. Whether you are starting a new business or trying

Over the past few years, there has been tremendous growth in the mobile app industry. With every passing day, new app ideas enter the market, taking competition to the next

Mobile app development could turn out to be intimidating when done without proper planning and a clear approach. If your app fails to interact properly with the audience, all the

Webstore is the backbone of the entire ecommerce business and choosing the right platform for it is a paramount decision. As Ecommerce has taken off in popularity, various enormous players

Google recently announced that it would stop targeting online ads based on the browsing history of an individual. In fact, according to several reports by Mashable, it won’t be coming

It’s high time that businesses start seeking advanced solutions for mobile app development. Considering the fact that technology is taking over different aspects of our lives, connecting to your customers

9 Ways A Mobile App Can Benefit Your Business In 2021

Within a year, the world seemed to be changing a lot more than ever. Probably, it’s time that we redefine strategies for our businesses to ensure better returns and expansion.

Lets meet and discover possibilities together.
OR
Reach Our Sales Department
Our Skype Id prowebtechnos